Unlike some of its European neighbors, Portugal is emerging as an example in the fight against the coronavirus. That is why the country seems to be able to afford to envisage a way out of social isolation in the not too distant future.

Read more about the actions of the Portuguese government to contain the coronavirus crisis, the prospects for the near future, and how high net-worth individuals can immigrate to Portugal.

Do you want to invest and live in Portugal?

These seem to be the main factors for Portugal’s success in the fight against the coronavirus. The government was quick to implement measures to contain the pandemic. On March 2, the first cases of COVID-19 were registered, and on the 15th, the borders with Spain were closed. On the same day, classes in public schools were all suspended. 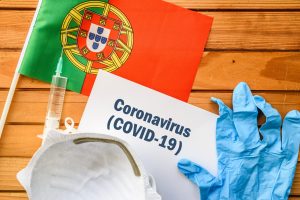 In addition to the quick action of the government, Portugal’s geographical position helped the country to close fast and efficiently. Portugal’s only border is with Spain. Located in the far west of Europe, Portugal had the chance to observe what was happening in Italy, Spain, and France and to act in time to prevent the same mistakes.

It was at this point that the discipline of the Portuguese also became a differential. Unlike other European populations, the Portuguese population understood fast that the best way to contain the spread of the virus was to stay at home. And that is reflected in data. According to a BBC News Brazil article published this month, Portugal is now experiencing a phase of decreasing the epidemiological curve. In mid-March, the daily increase in the number of cases was over 20%. Since the beginning of April, it has not reached 11%.

Also read: Why is now the Golden Moment to make your real estate investment in Portugal?

Also read: Six reasons why you should invest in Portugal in 2020

Perspectives for the near future: the planned and gradual exit from isolation

The positive result of the measures adopted by Portugal to contain the new coronavirus is notorious. Therefore, the Portuguese government seems to be hopeful to be soon able to start reopening the economy and gradually leave social isolation. 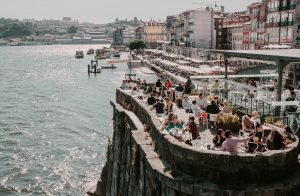 The Prime Minister, António Costa, considers that Portugal will only be able to return to “normality” when there is a vaccine. But he has also signaled his hopes that in May people will “be able to return gradually, progressively and safely to live in more normal conditions, with the guarantee that the pandemic remains under control.”

Besides, the Portuguese health authorities maintain the recommendations of hygiene and distancing. The goal is to keep the situation under control and do not experience the same problems as the neighbor Spain.

As of April 22, Spain had recorded another 208,000 cases with almost 22,000 deaths. While Portugal had just under 22,000 cases and 785 deaths. Despite population differences (the Spanish population is four times bigger than the Portuguese), the proportion of patients in Spain is more than the double of Portugal.

In brief, it is not difficult to understand why Portugal has been considered an excellent European example in dealing with the crisis caused by COVID-19. The next steps, according to what was mentioned above, seem to be a gradual reopening of the economy in the very near future respecting the recommendations of hygiene and physical distance.

How to obtain the right to live in Portugal?

Do you want to invest and live in Portugal?

Journalist from Rio de Janeiro currently writing about Immigration in Montreal, Quebec. I'm passionate about culture, arts, communication and internet. And if you admire Canada as much as me and want to keep updated, this blog is the right place for you.

Is Portugal Golden Visa still a good path for European Citizenship in 2022?